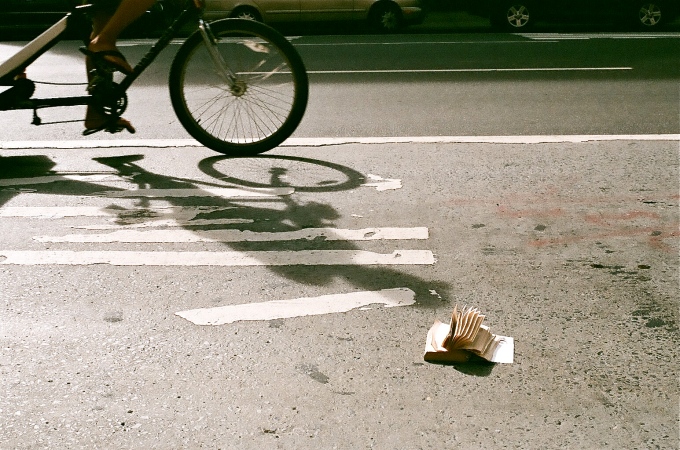 “Right place at the right time. 35mm taken near the intersection of 8th Ave and 50th Street in New York City.”

———-
William Joseph Stribling received degrees in film & TV production and dramatic literature from New York University. He is currently pursuing a master’s in screenwriting from Chapman University. His NYU thesis film Beyond Belief has been an official selection of over 30 film festivals worldwide, winning several awards. His first feature film Lies I Told My Little Sister and his next short film Down in Flames are both wrapping up post-production.