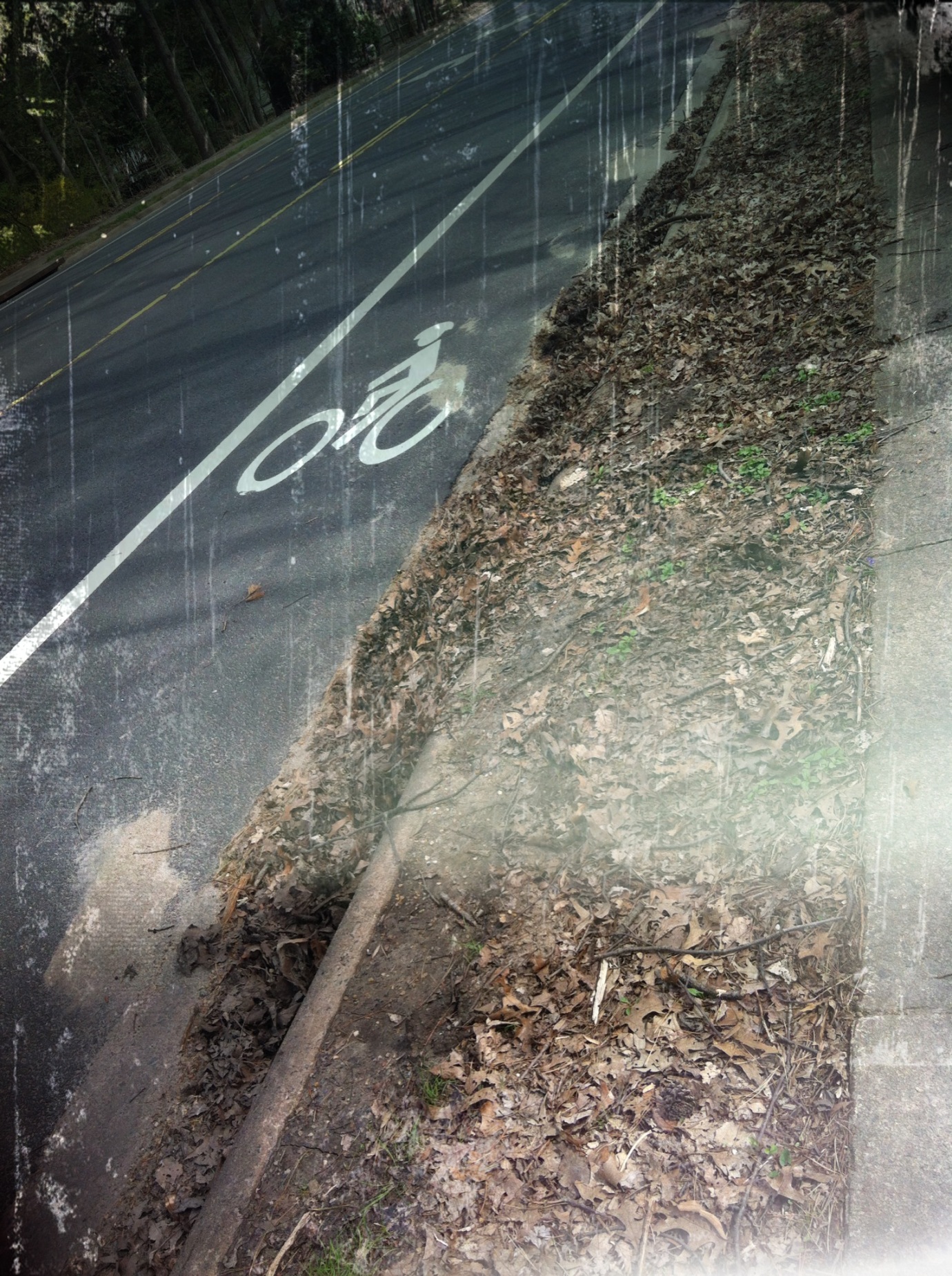 For most of a week,

it lay in the crotch

of the same curve where

head-first into the yellow


His grandson behind him

at roughly the same spot

In fact, I can see it from the break room window,

in the humming microwave.


Later, I will pass it while driving

lies on its side; its footless cavity

gapes at the pavement.


Perhaps she caught it on the car frame

as she escaped a drunken argument with the driver,

or maybe she kicked it off, fighting

a ma who grabbed her from sidewalk

and pulled her into the open door of a van.

Most likely, it occurs to me the next morning

as I pass it again, the shoe is a castaway,

fallen from the top

of an overstuffed garbage bag,

collateral damage of a hasty


The shoe offers no answers as it shuffles

slowly between the yellow turning

lane markers, until one day, the street

sweeper claims it, and it disappears.


———-
Joan Robinson is a recent graduate from University of Nevada, Las Vegas with a MFA in creative writing. Her work has appeared in 300 Days of Sun, Interim, (r)evlove, The One Three Eight and Chance. She enjoys exploring ghost towns with her husband and wandering the Mojave’s vast spaces.